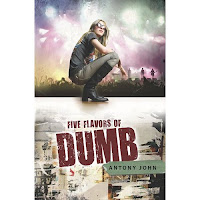 This semester I’m teaching an overload schedule. Between my course load, my other duties as a faculty member, and buying (or rather building) a house, writing that this semester has been hectic would be an understatement. Today there was an Open House at Gallaudet University. In Fictional Deaf Characters in Adolescent Literature World, I’m pretty sure Antony John’s main character, Piper from Five Flavors of Dumb was there.
When I first wrote Antony John in December 2008 about his novel, he responded, "Incidentally, the narrator's motivation for managing her high school rock band is that she plans to attend Gallaudet and her parents have just blown her entire college fund. I guess this means you'd be her professor!"
I can’t wait to teach Piper. She’s a little bit snarky (let me just tell you how pleased I am that Antony John even used that term in his novel). She isn’t that over-the-top sarcastic that you find in some novels for teens but she has just enough teen angst to make her believable. In fact, having a Deaf Character (Piper is majorly Hard-of-Hearing with hearing aids that desperately need to be replaced because she has had them forever!) as the manager of a rock band actually makes a great deal of sense, especially this semester. Gallaudet’s New Signers program has grown. My first year student courses include students one might assume would be at Gallaudet—Culturally Deaf individuals who attended schools for the Deaf. My classes also include numerous “signing” deaf students who attended mainstream programs, and now several deaf students who attended oral programs. College is a time of major transitions and watching these New Signers navigate their experiences at Gallaudet is awe-inspiring.
Piper, however, is already fluent in sign language. Her mother is a CODA. She has a younger brother, Finn, who can sign fluently although he’s a bit embarrassed to do so in public. Piper’s father has never bothered to learn the language. As a Senior in high school, Piper is already preparing to attend Gallaudet University (presumably in Fall 2011) with the savings her Deaf grandparents left her while she too prepares for the changes ahead. Unfortunately, she’s already dealing with changes at home. There’s her new baby sister Grace who is also Deaf. When Piper’s parents decide that a Cochlear Implant is the best thing for Grace, Piper is left feeling very much alone and missing her late grandparents who “would have never let that happen” (44). Piper also had to deal with the changes of her best friend and only person who ever “got” her, Marissa moving away. While they hoped to video chat nightly on their computers, this stopped when Marissa’s camera on her laptop stopped working (32). There’s her friend, Ed, who is the fun-loving, chess-playing, informed-about-Deaf-Culture, super geek friend who ends up joining Piper’s biggest change and her last hope of earning enough money to attend Gallaudet after her parents blow her money on… well, you’ll just have to read the book—the band DUMB! Piper will tell you that “for the record, [she] wasn’t around the day they decided to become Dumb” (1) but she is the band’s main hope of a lasting, and hopefully financial future.
Needless to say, I’m very excited to introduce you to Piper… and of course, there is the man who created her Antony John. Read my interview with him below!
****************************************************************************************** 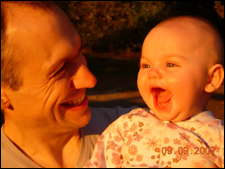 SP: What was your inspiration for Piper?
AJ: You know the saying: “Write what you know”? Well, it’s not really the best advice, to be honest. See, I used to be a professional musician, so I figured I’d write a book about music. But there are lots of YA books about music and rock bands already. Plus, the joy of writing isn’t really rehashing what you already know, but getting inside the head of someone you most definitely do NOT know, and hearing music through her ears. So I asked my wife for advice, and the first thing she said was: “Piper’s deaf.”
As soon as she said it, I got crazy excited. I just knew this was the book I had to write. Music has always been integral to my life, something that affects me deeply, and I couldn’t resist the chance to explore it from another perspective entirely. I knew of professional musicians like percussionist Evelyn Glennie and rapper Sean Forbes who are deaf, but I wasn’t completely aware of how they heard/felt music, and the particular challenges they faced. Piper allowed me to explore all that.

SP: What type of research did you do for the book to make your characters realistic?

AJ: Remember that “crazy excited” feeling I just mentioned? Yeah, well, that wore off pretty quickly when I started doing research. I’m ashamed to admit this, but I knew next to nothing about deafness, and had no idea how complicated it is, both from a physiological and a social perspective. But I still knew I had to write the book, so . . .
I began by talking to audiologists about the various causes of deafness, the technology involved in hearing aids, how a cochlear implant works, etc. Then there were movies and documentaries and books and YA novels about deafness and the experience of growing up deaf.
But above all, I enlisted the help of a couple of deaf readers—Tadd Simmons and Valerie Bu—who critiqued the book in an early draft. I asked them to take issue with everything that didn’t ring true, and they took me at my word. I’m enormously grateful to them for contributing some of the details that make the book feel real to me.
I’d heard of Gallaudet University before I began writing. Since Piper is a really smart student, I wanted the dream of attending Gallaudet to be the thing that helps her endure high school. When her parents raid her college fund, the dream is put in jeopardy, and the rest of the book is set in motion.
Incidentally, the situation depicted in the book—the cessation of deaf programs in Piper’s school—is actually quite real. It happened to a local school as I was leaving Seattle in 2008. It affected a lot of families.

AJ: No. I attended an ASL class, and watched DVDs and studied books, but I only know a very few signs. I’d love to sign as fluently as Piper and her mom and brother do, but for the purposes of the book, the more important issue was for me to empathize with Piper’s father and Ed as they attempt to learn ASL. I wanted to know what signing felt like, physically, and how self-conscious hearing people become during their first faltering attempts to sign.
Fortunately, I was welcomed along to the ASL class at Concordia Seminary in St. Louis, where the students were really open to talking about the experience of learning ASL.

SP: What do you hope that readers will learn or take away from the book? 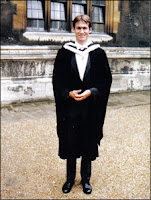 AJ: I was determined that FIVE FLAVORS OF DUMB would not be an issue book; partly because I wasn’t interested in writing such a book, and also because I’m not the right person to do it. I’ve done enough research to know how little I really know about deafness.
That being said, I think there’s real value to a book featuring a protagonist (especially a narrator) who faces challenges that many readers will never experience. The questions I’ve received from readers of the Advanced Copy have really rammed home to me how little most people understand deafness. If this book helps to clarify things—even just a little—then so much the better.
In a more general sense, the main thing I’d like readers (especially teen readers) to take away from the book is that communication is key. Everyone in the band has issues saying what they mean. (Even Josh, the egotistical lead singer doesn’t tell things like they are.) Only when they all start talking and listening do they overcome these issues and start to gel.
I am constantly amazed at how useless adults are at such a basic skill as communication. (I include myself here, for the record.) So I really wanted to send the message: say what you think; be direct; be confident; and respect others for doing the same.

SP: What advice would you give to young people who are reading your books for the first time?
AJ: Although you shouldn’t judge a book by its cover, FIVE FLAVORS OF DUMB is the exception. The book is supposed to be funny, and chaotic, and full of rock music. All the same, more than one reviewer has likened it to Sarah Dessen’s novels, and I think that’s because I really wanted readers to care about the characters beyond their roles as band members.
I admit it: I’m a sucker for true love, happy endings, and a bit of tear-jerking every now and again. Those are the books I love, and that’s the book I set out to write. I hope I’ve succeeded!
Now, a warning: there are no vampires, werewolves, or gratuitous violence in DUMB. It is not part of an eight-book series, and no one has a magic power. Unless being seriously cool is a magic power, in which case Piper, the main character, is truly magical.
Thanks so much for having me along, Sharon. And please tell your readers that I’d love to get feedback from anyone who has read the book. Here’s my contact info:http://www.antonyjohn.net/ antony[at]antonyjohn[dot]net