Jackson Fearn has always been an exemplary student. He takes every assignment above and beyond the call of duty. So when he's given the assignment to behave as a person with hearing loss for two weeks, he goes all out, borrowing his roommate's hearing aids and communicating only through sign language. All is going well...until he meets Topher and tries dating. Despite the warnings of his friends and his attention-seeking sister, he decides to keep quiet about his hearing abilities. Secrets are okay if they're for school...right?

About the Author
Jared R. Lopatin is a native Philadelphian living in New York City. While his original plan was to be a professional actor, a chance conversation led him to graduate school to pursue a degree in Deaf Education. Enchanted by the new world he found, he immersed himself in the culture, moving in with Deaf roommates and taking a position as an instructional assistant at Lexington School for the Deaf. Now, he teaches high school writing, theatre, creative arts, and science. When he is not teaching or playing with his cats, he is writing. More information can be found at http://jaredrlopatin.com


The American Library Association (ALA) announced the Caldecott, Coretta Scott King, Newbery and Printz awards today during its Midwinter Meeting in Chicago.

The Newbery Medal is award to book for “the most outstanding contribution to children's literature”. This year there were two Newbery Honor books. One of the two named includes deaf author Cece Bell' s El Deafo. In September, I wrote a review for the Washington Post and posted this on this blog.

Bell is a children's author and illustrator who has written books such as Rabbit and Robot: The Sleepover (2014). El Deafo (2014) is her memoir that covers some pretty serious issues that can be found in other autobiographies written by deaf and hard of hearing authors. The graphic novel includes bunny people (just the ears unlike Rabbit and Robot that includes the main character with a bunny-body, teeth, etc.) who recount her childhood struggles with hearing loss. The story tackles the challenge of finding friends when you feel different; yet, the focus is on her ears and how they don’t function the way they did as “a regular kid”.

While it reads more like an adult memoir about the struggles of growing up with hearing loss, it is marketed to kids with recommended ages 8-12. As I mentioned previously, if you're not familiar with graphic novels, don't let the layout and pictures mislead you; they can contain some heavy content. For example, the cover illustration is of “El Deafo”, Cece’s alter ego, flying through a bright blue sky. Within the first few pages the colors are muted to sage and hospital blue as Cece contracts meningitis and subsequently loses her hearing. Bell portrays a frightening medical view of deafness with three separate panels depicting large needles, one being inserted into the child’s back. As always, I recommend that you screen the book before recommending it to any young person.

Another winner that I want to recognize is no stranger to this blog. The Coretta Scott King Book Award recognizes an African American author and illustrator of outstanding books for children and young adults. This year’s winner is Brown Girl Dreaming by Jacqueline Woodson. In 2007, I interviewed her about her book Feathers which includes Sean, the first African-American Deaf character who communicates through sign language in adolescent literature. I’m still not-so-secretly hoping that Sean will find his way in another one of Woodson’s books.

Congratulations to all of the winners! As always, I encourage you to all pick up your pens, pencils, typewriters, word processors, laptops, etc. and start writing! The portrayal of realistic deaf characters benefits young readers who wish to find character role models with whom they can relate and who wish to learn about a culture and community to which they may not have been previously exposed. These books can pique students’ interests so that they continue to read and learn about diverse cultures.
Posted by Sharon Pajka,Ph.D. at 5:17 PM No comments: 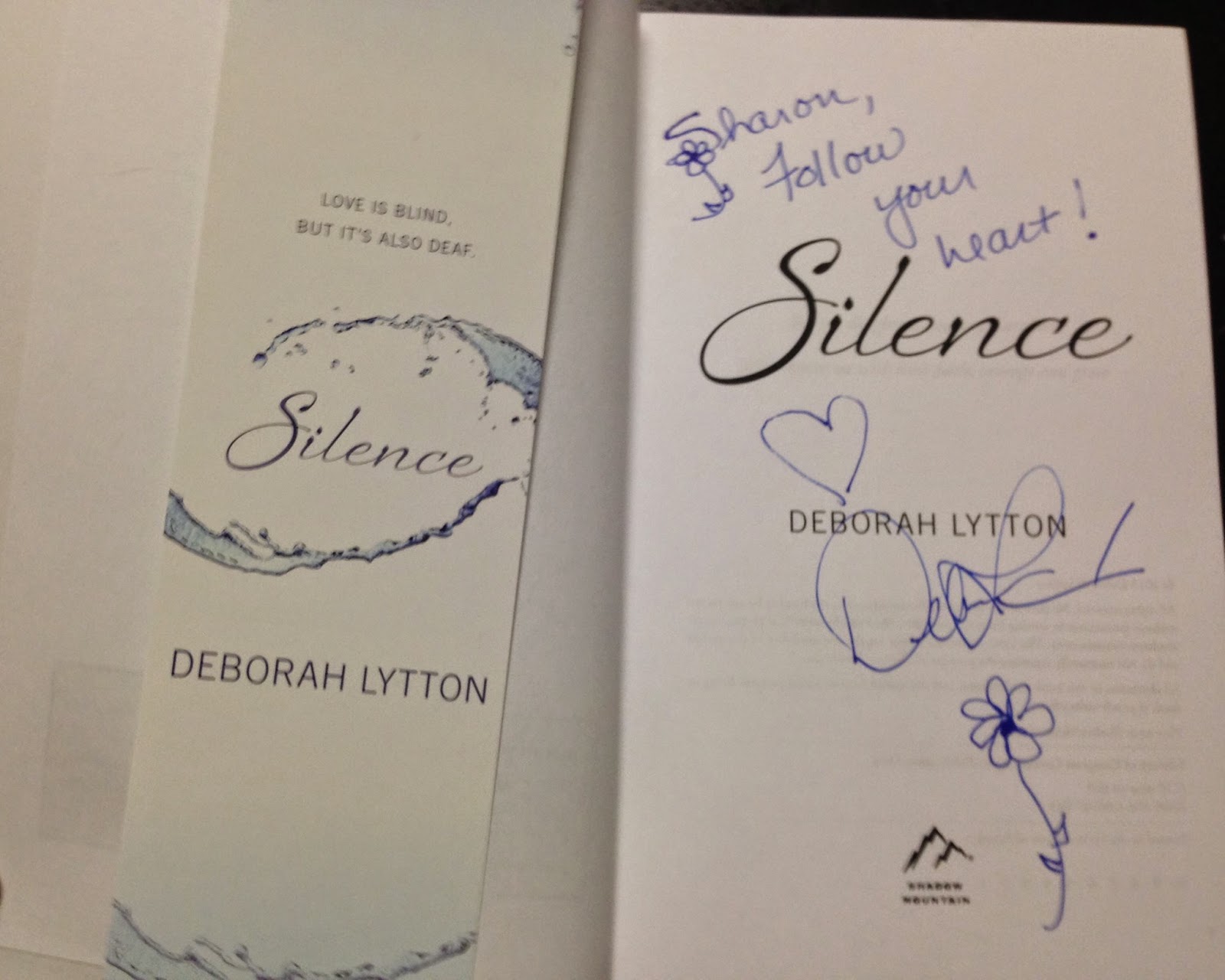 On Friday, Deborah Lytton’s forthcoming novel Silence arrived in university mail. The publication date is March 3, 2015. This is the third week of the semester and I have to be honest that last semester’s sabbatical has made me a commuting wimp. I’ve been exhausted and now fighting a cold but at least I’ve been making good use of my train commute by reading.

I’ll keep you posted about this book and look forward to interviewing the author.

Silence In Center (2014) by Jody Studdard 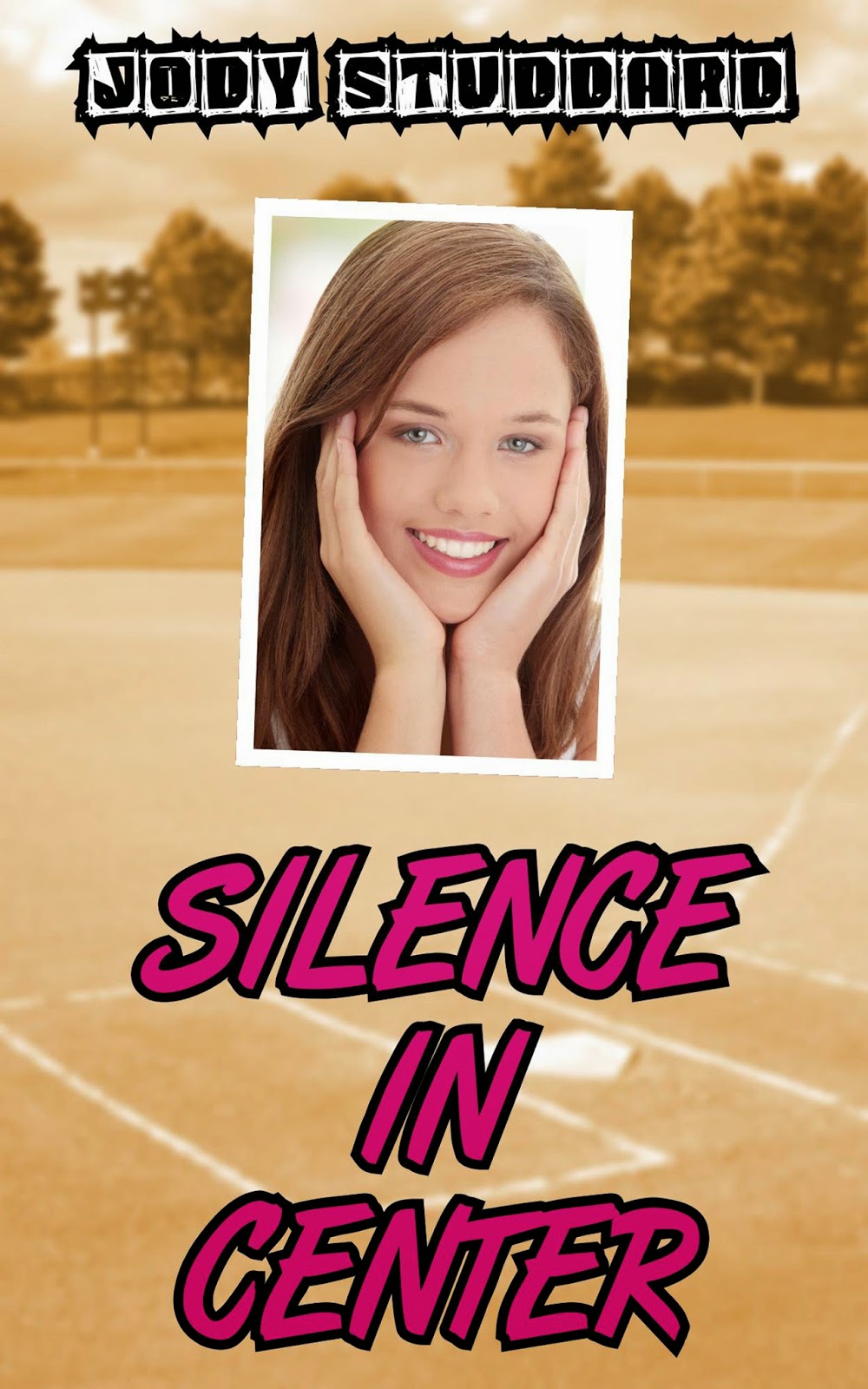 Book Description:
Melody Gold is a fourteen-year-old fastpitch player who wants to make the move from Little League to select ball. But none of the select coaches want her since she has a hearing impairment and must wear hearing aids at all times, even during games. Unwilling to take "no" for an answer, Melody becomes determined to prove her hearing impairment is irrelevant and she can play at the highest level.

An inspiring tale for readers of all ages.

Silence in Center is the newest book in Jody Studdard's Softball Star series.

All of the books in the Softball Star series are unique, independent stories. They are not sequels. As such, they may be read in any order.