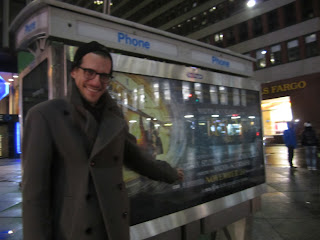 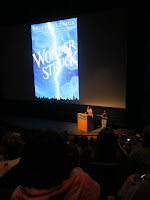 I’m so 2011! September 2011, to be precise. I didn’t stumble upon this book myself and I wasn’t the first to announce to the world how much I actually enjoyed it. Basically, when I posted about Brian Selznick’s Wonderstruck  in October 2011, it was already old news. I mean, the New York Times had already reviewed it.  Nevertheless, I decided that I needed to at least read it and added it to my pile of “fun” reads that never get read when you’re a professor teaching at a university in hard economic times. Wonderstruck is not light reading. I mean, the book itself weighs (pauses, goes into the bathroom scale to weigh the book) 4.5 lbs! I’ve mentioned that I’m a commuter and a 4.5 lb book is not something I want to lug about on the train. AND, while it is available for my Kindle, I actually wanted to hold this book and read it from non- e-ink. When I finally heard from Mr. Selznick (I actually had to stalk him, I mean, contact him the old fashioned way… wow, he really locked down his email address fast!) in November, it was nearing the end of the semester and I was preparing to go to London for a conference so I had to put him on hold (I know, can you believe I had the nerve to do that! I wasn’t trying to be too self-important, I just knew I couldn’t take on anything else at the moment… especially not with the focus that I would need for Wonderstruck). So, here I am at the start of the year talking about last year’s book.  If you haven’t read Wonderstruck, you should. It’s a charming story with Deaf Characters.  It’s visual. It includes American Sign Language. It’s a book that the masses will see and apply to real life Deaf people (i.e. that was a great deal of pressure on Mr. Selznick). Fortunately for us, he did his research and created a beautiful book that I hope to include in one of my future courses. Below is my interview with him. He’s down to Earth, incredibly cool, and I believe he is having the time of his life!  He actually responded to one of my emails from Paris during the Hugo premiere. This was after being in London and meeting Prince Charles in which he wrote, “holy cow!!” See, I told you he was cool. 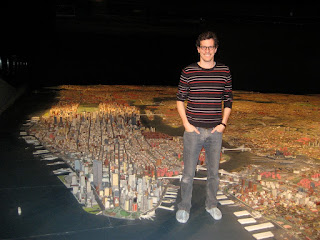