Freak City (2014) by Kathrin Schrocke being made into a film 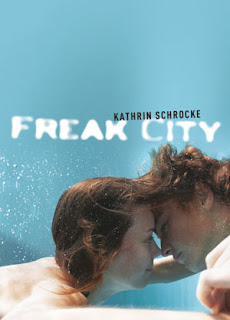 Twoyears ago, I came across a book, Freak City (2014) by KathrinSchrocke; translated from German by Tammi Reichel. This morning my friend and colleague (the one who is fluent in German) pointed me to a video in German with English captions (just be sure to click CC and select English if you're like me).  A movie is being made based on the novel!

There will be a 110min feature film, based on Kathrin Schrocke's novel. The film description includes the plot of Mike, who is 15-years-old. Basically, he’s one of those teens who seems to fall in love with love and perhaps thinks about sex a bit too much. He meets Lea, an intelligent girl who is full of life. She also happens to be Deaf since birth. Mika decides to take a sign language course partly to communicate with Lea and partly to show off to his ex-girlfriend but then he discovers that he’s really smitten with Lea.

The main difference appears to be the spelling of their names but keep in mind that I am going back and forth between a German website to translations.

Deaf characters will be played by Deaf actors with the film team including both Deaf and hearing members. Unfortunately because the film did not receive public funding they’re financing the shooting through crowdfunding.

Currently, they're in a Crowdfunding stage with hopes to begin filming in August in Berlin.

For more information, be sure to check out their Facebook group.

If you'd like to start reading the book, the information is below. 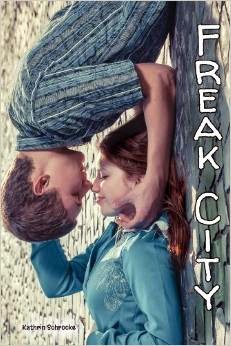 Book description:
Mika's heart is broken, until he sees Leah. A smart, beautiful, and brave girl, Leah has been deaf since birth. When Mika meets her for the first time, he feels something electric. They cannot communicate much, so Mika decides to take a sign language course. His family and friends are skeptical, and Mika soon grows weary, too. The world of deaf people is so much different than his own. Can their two worlds intersect? There is also Sandra, Mika’s ex-girlfriend, who he cannot seem to get over. But Mika cannot shake that Leah has captured his heart. . . . Author Kathrin Schrocke tells the story of two teens and their tender, quirky, and extraordinary love.

About the author:
Kathrin Schrocke was born in 1975 in Augsburg, Germany. She studied German and psychology in Bamberg. Schrocke has received numerous prizes and nominations for her work, including the Nettetaler Youth Book Prize (2010), and the nomination for the German Youth Literature Prize (2011) and the Hansjörg-Martin Prize for the best German Youth Thriller (2010). She lives in Berlin and is the author of numerous stories and plays, as well as novels for children and young adults.