American Girl 2020 Girl of the Year and two new books 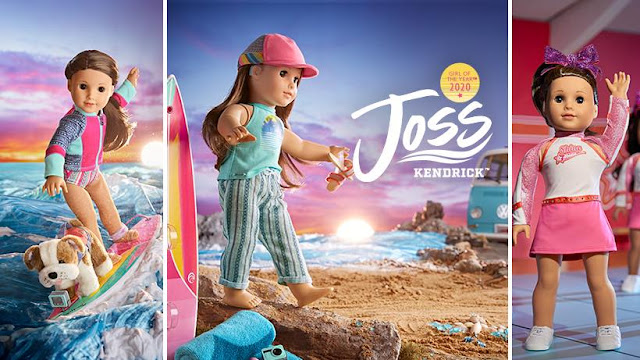 The American Girl 2020 Girl of the Year is Joss Kendrick. She is a competitive cheerleader and a surfer who is also the first American Girl doll who wears a hearing aid and is fluent (along with her family members) in American Sign Language.

Joss has two books: Joss and Joss: Touch the Sky by Erin Falligant. Both books were released on December 26, 2019.

As a consultant, I am so glad to finally be able to talk about this publicly. From the start, I loved Joss as a character. The story-lines incorporate the character’s deafness but that is not the focus of the story.  Both books focus on friendship and connections that are universal to young people and the young at heart. I appreciated the struggles that Joss had with being a good friend and keeping balance in her life.

Joss communicates with her parents, brothers, and her friends through ASL and speaking. As a surfer, she removes her hearing aid and must use ASL to communicate.

Surfer Crystal DaSilva, the women’s short board champion at the 2009 biannual World Deaf Surfing Championships, was another consultant on this project. To read more about the character and the process, please visit the American Girl website. 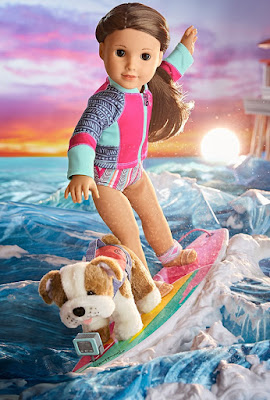 Joss (Book 1):
"When the surf's up, she pops out her hearing aid, hops on her board and paddles out to the lineup. Joss is stoked to enter a surfing video contest with her friend Sofia and Murph, the surfing bulldog. If she can master a killer aerial like the frontside air and get her brother Dylan to catch it on video, maybe she'd even have a shot at winning. But Dylan throws her a curve: he dares her to try out for the cheer team. No way--Joss can't see herself as a cheerleader ... She's 100% surfer girl, and Dylan knows it! Still, if she takes him up on his dare, then maybe he'll help her with the video. It's worth a try, right?"

Joss: Touch the Sky (Book 2):
"Joss Kendrick is always looking for new ways to soar. So when her cheer team needs a new flyer, she can't wait to step up (literally). Her high-flying skills on her surfboard and skateboard make her a natural for the role. But when her skateboarding act at the talent show turns into a total catastrophe--make that a dog-tastrophe--Joss loses her confidence all around, even at the cheer gym. A big cheer competition is coming up fast, though, and her team is depending on her to nail a tricky stunt. If only Joss could trust them not to drop her. She wants to do an easier stunt, but if she plays it safe, can her team still win? And if they don't, will her team ever forgive her?"

Not only can you purchase the books but you can also purchase the Joss doll with some seriously cool accessories, including her bulldog Murph with his surfing life vest on the American Girl page.  In addition, I also want to note that American Girl announced a $25,000 donation to the Hearing Loss Association of America (HLAA).
Posted by Sharon Pajka,Ph.D. at 7:23 AM