Upcoming Deaf Character Novel: An Interview with Rachel Stolzman, author of The Sign for Drowning 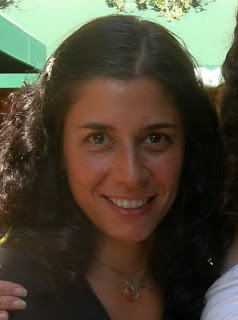 I read often and I can honestly say that there are only a few books that I feel as though I just can not put down. This book was one of them. I read it in just two sittings and nearly missed my stop on the train! It is hard to believe that this is Rachel Stolzman’s debut novel. The Sign for Drowning will be released on June 10 2008 by Trumpeter.

The novel incorporates growth and healing as readers learn of main character Anna who witnesses the death of her sister by drowning in her youth. As her childhood family appears to fall apart, Anna develops the belief that she can communicate with her sister through sign language. As an adult, Anna becomes a teacher of the Deaf and adopts a Deaf foster child named Adrea; yet, much of the pain and loss Anna feels as a child is carried into her adult life. The story includes the struggles of parenting, adoption, and how best to educate a deaf child. One of the main story lines includes Anna and Adrea traveling to France to a school for the deaf that has developed a new technology for deaf people.

Anna, Adrea and numerous other characters in the book use American Sign Language to communicate (and French Sign Language when they visit France). This is the perfect read for teachers of the Deaf, especially for hearing teachers who often question whether or not they belong in the field. The character Anna captured many of the feelings that I have had as an educator in the field of Deaf Education.

RS: Sign language has always attracted me as a beautiful, fluid language. My novel opens with an eight-year-old, Anna, witnessing the drowning of her sister. In the months following this loss Anna discovers sign language and she links the silence of being underwater with deafness and sign language. Anna comes to imagine that she can communicate with her lost sister through sign language. As I got deeper into the story the connection between these two things continued to expand for me: the silences of grief and loss, the limitations of language, and the new ways people find to communicate.

SPW: Will you explain your experience learning American Sign Language?
RS: I took classes at the American Sign Language Institute in Manhattan for two years while I was getting started on this novel. My teachers were deaf; they were very welcoming and really got the students excited about communicating. Humor was a huge part of their teaching style and I remember having such a good time in class. But what furthered my knowledge even more was working at Fountain House with numerous deaf people, and being around sign-interpreters everyday. There, I learned so much about Deaf culture, and the difference between Sign English and ASL, and some of the controversies over language within the Deaf community-- themes that I tried to portray in the book.

SPW: Was there anyone who inspired Adrea's characters?

RS: Actually, yes. I had already decided that Anna would fall in love with and adopt a deaf girl; then one day my deaf co-worker showed me a picture of his three-year-old daughter on the beach at Coney Island. She was making the sign for water. After that, his beautiful daughter became my mental image for Adrea. She came to life for me and was probably the easiest character to write- I loved her.

SPW: What type of research did you do for the book to make your characters realistic? I hope you say that your publishers paid for a trip to France!

RS: Ha, I would love to say the publisher sent me to France; although very supportive, my publisher, Trumpeter came along much later. Again, I’d say getting to know lots of deaf people was the best education. I’ve heard amazing stories about how families learned to communicate, and ways that they failed too, that all fed my imagination. I also read a number of books about the history of ASL and about Deaf culture. The book I found most useful and interesting was Deaf in America: Voices from a Culture by Carol Padden and Tom Humphries.

SPW: What do you hope that readers will learn or take away from the book?

RS: As a storyteller, my first goal is creating a story and characters that people will connect to and be moved by. It is my deepest hope that the book provides a positive and truthful representation of Deaf community and Deaf life. I would like to offer hearing people a glimpse of the richness of Deaf culture and the beauty and self-sufficiency of ASL as a language. The most gratifying responses I’ve gotten are that the book does ring true and people saying that they learned something about deafness or have become interested in ASL.

RS: It took many years, from start to finish, to write this book. And over the years I heard many “no’s” before I finally found a home for the book. If I could share with young people a lesson learned from getting this book written and re-written and eventually published, its persistence. Many dreams take a long time to nurture, we must keep at them.