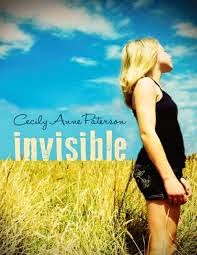 The 2014 Kindle edition of Invisible caught my eye and I could not put down this book. In fact, I pretty much read this book it two sittings and probably would have finished in one if I didn’t need to sleep.

The story is told from the perspective of Jazmine Crawford, a 13-year-old deaf girl who functions as a pretty hard of hearing teen when she’s wearing her hearing aid. She is being raised by a single mother and has learned to not complain or share her problems (or even state that she has problems). She doesn’t have any friends and author Cecily Anne Paterson does a great job making the reader feel as small as Jazmine must feel. Jazmine isn’t exactly alone though. She is surrounded by the meanest of the mean girls. I have to admit that I was torn between being an adult who is sympathetic and hoping things work out for one of the mean girls, and my inner-teen who thankfully didn’t experience the wrath of such abuse but was secretly hoping she gets what’s coming! Jazmine does experience a temporary break where she makes some completely amazing friends and finds that she really likes cute boy Liam Costa. This was very much the kind of book that I found myself talking back, “Go Jaz!” and "Come on!" and even a few gasps here and there.

As I mentioned, Jazmine functions pretty much like a deaf girl who can’t hear at all without the use of a hearing aid. With her hearing aid, she can hear somewhat if there isn’t much background noise. She and her mom use Australian sign language (Auslan) but Jazmine also speaks. It really depends on the situation and their comfort level at the time. She attends a mainstream school, actually quite of few of them since this is her fourth school in four years (p. 17), and knows exactly what it means to be an outsider. The author even goes into specifics such as in one instance Jazmine discusses that she can’t hear the doorbell because of the chime being the wrong frequency (p. 235). All of this made me very curious. So, I contacted the author! Read my interview below with Cecily Anne Paterson. 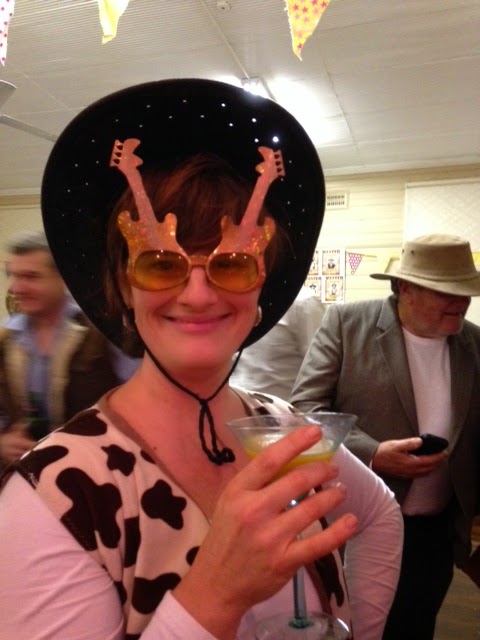 Book description
Jazmine Crawford doesn't make decisions. She doesn't make choices. She doesn't make friends. Jazmine Crawford only wants one thing: to be invisible. For Jazmine, it's a lot easier to take out her hearing aid and drift along pretending that nothing's wrong than it is to admit that she's heartbroken. She starts to come out of her shell when she's forced to be in the school play and even makes friends with bouncy Gabby and chocolate-loving Liam. But can she stand up to the school bully, and is she strong enough to face the truth about what really happened to her dad?

****SPOILER ALERT—SERIOUSLY TWO BIG SURPRISES ARE REVEALED*****
SP: What inspired you to include a deaf character who is fluent in Auslan? A follow up is if you know the language or any deaf users of Auslan.

CAP: Let me be completely upfront. I certainly didn’t set out to write a book about a deaf girl. It all came about because I needed a plot device to stop Jazmine finding out that her father committed suicide. A few generations ago it was possible that children could go through their lives never hearing adults talk about such things, but in our society today, we talk about everything. I knew it wouldn’t take long for a regular, curious nine year old to figure out what happened to her dad, so I needed some reason why she might not overhear those sorts of conversations.
It occurred to me that if she literally couldn’t overhear them, it would work, and hey presto, Jazmine had a hearing disability. However, I needed her to be able to hear most things for the rest of the book, so I gave her a hearing aid which got lost in all the confusion of finding out her father had died while she and her mum were on holidays.
After that, it just seemed a nice thing that her friend Liam would be able to connect with her by knowing a little bit of Auslan. It became an immediate shared experience to help them bond.
I don’t actually know any deaf users of Auslan myself and I’m feeling nervous about this whole interview because the deaf experience is not something I have any first-hand knowledge about. I assured myself when I was feeling some trepidation, writing it, with the thought that perhaps I might step on people’s toes, or people might say it’s complete rubbish, that all writers write about things they haven’t experienced. It’s all about doing reasonable research. Plus a bit of common sense imagination.

SP:  There was only one instance when Jazmine was in the garden and her mom called to her from the house asking where she was that made me think “hmmm” but then I figured that my version of the house layout and their house could be different and her mom could be quite close… plus, windows could be open. Overall, I found her quite believable.
In the About the Author section, there is a statement that you attended an international boarding school and understood the feeling of being an outsider. I'm sure this gave you a great deal of experience relating to Jazmine. Could you tell me about your research process for making her a realistic deaf character? I should ask the same about your research process for "mean girls" but I'm almost afraid to know.

CAP: I read a few websites of different Deaf associations to learn a little about the culture. I also had a long conversation with a friend who is an audiologist. She explained a little about how children react to hearing aids. I asked her, “So, do you think this bit is realistic?” about different parts of the story and she said yes or no according to her experience. I did try to get some deaf people to read the story before I published it to get their feedback and quite a few said yes but none actually got back to me. I took that as meaning that I was at least in the ballpark.
I’m very aware that there is a whole deaf culture out there and I was totally intrigued to watch the communication between a few deaf families holidaying at the same place as us a few years ago. However, I didn’t want Jazmine to be immersed in that world because that wasn’t the story I was writing. I imagined that if I was her mum, knowing nothing about deaf culture and having a child with hearing loss, how would I help her to see the world? I decided that if she was my child, I’d get her as much hearing aid help as I could, learn a bit of Auslan and use it at home, but still think and live, and expect her to live, in the mainstream culture.
As for the ‘mean girls’ research, all I can say that if you’re a girl and you’ve ever been to school between the ages of 10 and 15, you don’t really need to do any research on that…

SP:  Jazmine has a difficult time expressing herself even though she's bilingual (English and Auslan). Miss Fraser was able to offer her several outlets to express herself. She's your creation, could you speak on Jazmine's behalf and explain why these tools worked for her?

CAP: Jazmine’s family never talked about anything that mattered. Her mother, especially, is awkward and nervous with her own communication and prone to cut herself off from other people, so it’s no wonder that Jazmine prefers to be invisible in everyday life. She’s literally never learned another way. Miss Fraser introduces her to journaling and gives her words to say on a stage and all of a sudden, it’s like Jazmine’s world opens up. I think she simply never knew that you could do any of it. And, more importantly, she never thought that anyone would ever think she was important enough to listen to and interact with. After being told all her life that she should keep her true feelings from other people to avoid being hurt, Jazmine is amazed to find that actually, that’s not true at all.

SP:  What do you hope that readers will take away or learn from Invisible? Aside from The Secret Garden is a great book and teachers like Miss Fraser rock!

SP:  What advice do you have for young readers ?

CAP: Be brave. Don’t just follow what everyone else follows. Really seek out what’s truly good in the world, and who’s behind it. Honesty and love should always go together. Be mindful and act, rather than just react. Seriously? I could go on and on and on.
If you want to be a writer, I would say ‘try and give it up’. If you can’t and you must write then write something that’s honest and real. We need more of it in the world.

SP: Anything you'd like to add... such as maybe a bit about a sequel?
CAP: Yes. There is a sequel to Invisible and it’s coming in November 2014. When people first started asking for a sequel I was reluctant. I couldn’t honestly see what else could happen to Jazmine. I mean, she’d reached her mountain top. Where else was there to go? But then it occurred to me that you can’t just live on a mountain top the rest of your life. You’ve got to go down again sometime.
In many ways, Jazmine’s good experiences were given to her. Miss Frazer gave her the gift of believing in her. Gabby adopted her as a friend. Liam picked her out of a crowd. Yes, she had to fight a bit, but it was still only fighting to be able to accept what she’d been given. I had to ask myself: what would happen if she lost the gifts she’d been given? If good things turned out to be not so good?
The new book is called Invincible. It’s about Jazmine facing her fears and finding her own way. All the old characters are there (except Shalini) but they might not be there in the ways you expect. And there are a few new ones too.
For news about the new book and an opportunity to read it before it’s released, readers can sign up on my website: www.cecilypaterson.com
SP: Thank you so much! I can’t wait to read about Jazmine’s adventures!