No Ordinary Hero: The SuperDeafy Movie Screening at Gallaudet University 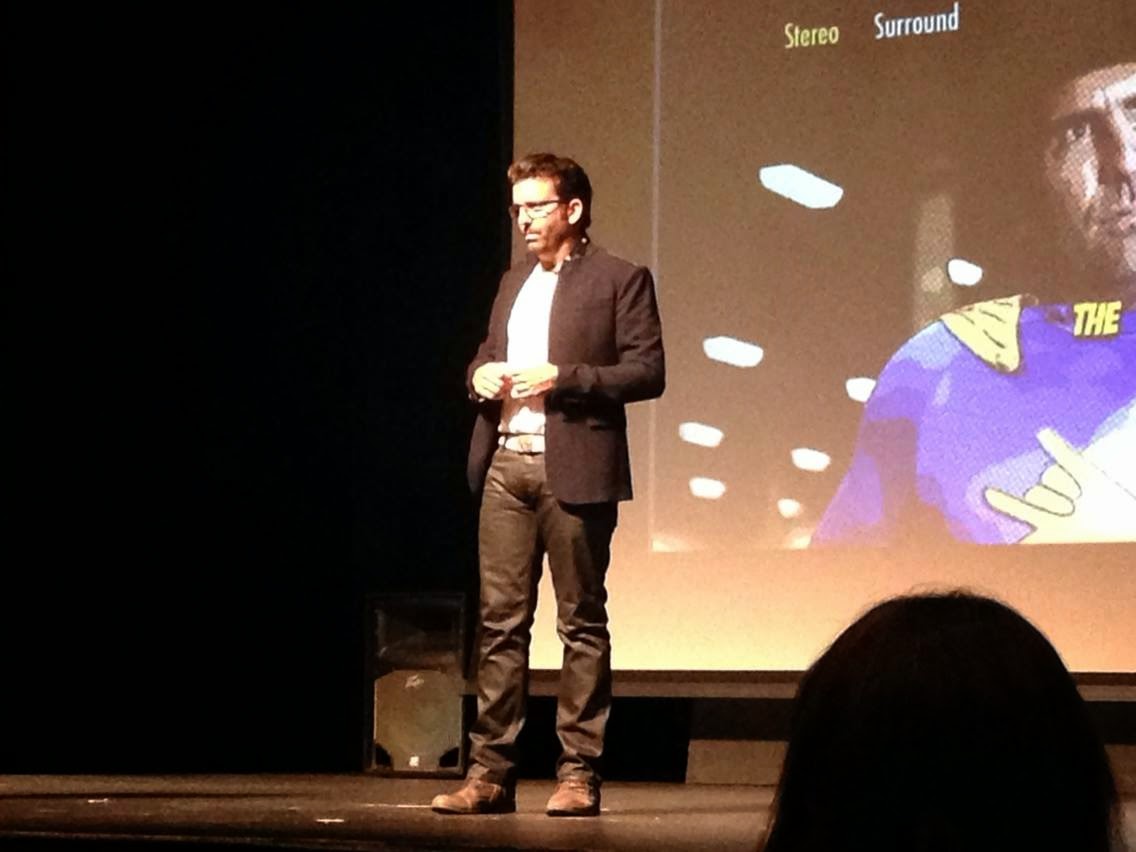 Last night I attended the screening of No Ordinary Hero: The Superdeafy Movie at Gallaudet University. Sponsored by the College of Arts and Sciences (CAS) and the Theatre and Dance Program, the evening opened with Associate Professor and Chair of Theatre Arts Ethan Sinnott who briefly introduced the movie and shared that the screening would follow with a Q&A session.

SuperDeafy is the star of a popular children’s television show who dresses in blue with a bright yellow cape and green briefs. His hair is a giant Pompadour wig with two distinct pieces sticking out on both sides jokingly “for balance”. The emblem on the front of his chest is SuperDeafy’s name sign, a crossed double hand “I Love You”. He’s goofy and animated; the show focuses on teaching ASL along with a good dose of charades that children, deaf and hearing, adore. But SuperDeafy is a character played by Tony Kane (John Maucere), a handsome latte-loving idealist who blogs about local politics at night and sees the character he’s created as so much more than what the character has become. 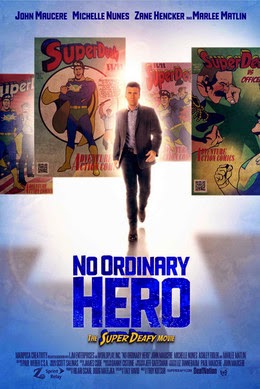 Meanwhile, a young boy named Jacob is struggling with his parents' choices to remove him from the classroom that includes ASL where he has access to content and Deaf history only to place him within a mainstream program without an interpreter as a sort of tough love approach to learn how to lipread. As perhaps with other deaf characters in film, the mother can sign but the father cannot and because of this he is completely out of touch with his son and his needs.

At one point, Jacob walks down the school hall and looks into the classroom of his former peers who are discussing explorers. Jacob’s new classroom is discussing the same content but he sits silently unable to follow any of the discussion.  If you’re ever been a teacher, a parent, or even experienced this injustice yourself, you will be able to relate with Jacob who more than anything needs a hero.

SuperDeafy is who Jacob sees as his hero but really Tony, the man who plays the character, steps up to become the man we all need him to be for this kid and even for us; and, Jenny, Jacob’s teacher, who invites SuperDeafy to the elementary school Diversity Day is in many ways another hero in the story.

As a fan of comics, I appreciate how the film incorporates panels, captions, and dialogue balloons throughout. The movie is open-captioned but in a way that lends itself to the style of the production, not an add-on.  In a culture where many movie-goers complain about subtitles and captions as distracting, I see this decision as another smart choice made by the creators.

I was in a packed auditorium filled with young children. I laughed as much as they did. Does the film have a message? Well, sure. The message we received, “We have to believe in who we are. That’s the greatest super power of all”. The ending was perfection! I’m not going to spoil it for you but you WILL NOT EXPECT IT and if you’re anything like me you will be delighted. Sometimes the end truly is the beginning.

The film is the first time that a SAG commercial feature film is being executive produced exclusively by deaf executive producers and directed by a deaf director. Executive Producers Liz Tannebaum, Paul Maucere and John Maucere were in attendance for the Q&A session. They agreed that the goal of the film was both to entertain and educate. While they have many goals for the future of the SuperDeafy character, they emphasized that they made the film for fun. 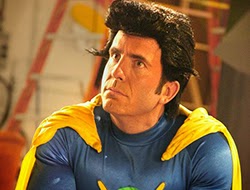 No Ordinary Hero: The Superdeafy Movie is smart and fun, and certainly worth viewing. Check out the website for other screening opportunities. I seriously need to figure out where I can purchase my own SuperDeafy doll!
Posted by Sharon Pajka,Ph.D. at 7:27 AM

Thank you for the excellent account of the evening. I thought the movie was great - well written, with humor and depth. I, too, am in search of a SuperDeafy doll! If you find a place to order, let us know.