Deaf Actor in There Will Be Blood 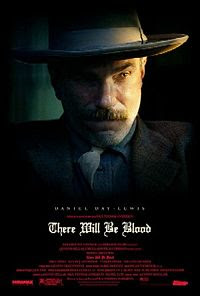 Gallaudet Student, Russell Harvard will be acting in the film, There will be Blood, released on December 26. Harvard plays the role of H.W., the "adopted" son of an oil tycoon Daniel Plainview (played by Daniel Day-Lewis). The film is set in the California frontier at the turn of the 20th century. Plainview is a silver miner who hopes to make his fortune in oil. When his son becomes deaf due to an accident near the oil derrick, the father "abandons" his son on a departing train. He most likely sends H.W. away to a school for the deaf.

There Will Be Blood is based on the novel Oil! (1927) by Upton Sinclair.

To read more about Harvard, see the article in Inside Gallaudet. For more information about the film and to find out if it is released in a theatre near you, visit http://www.therewillbeblood.com/.
Posted by Sharon Pajka,Ph.D. at 3:59 PM