Interview with Nadia Wheatley, author of Listening to Mondrian 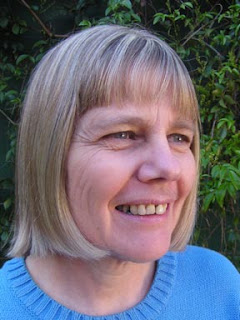 Nadia Wheatley was born in Sydney and began writing fiction in 1976, after completing postgraduate work in Australian history. Her published work includes picture books, adolescent and young adult literature, and short stories.
In her recent publication, Listening to Mondrian (December 2007), she created a collection of short stories focusing on adolescents and their 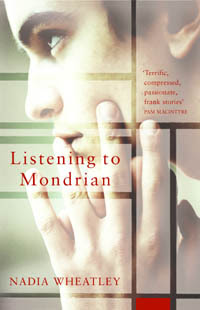 diverse family relationships focusing on how the characters analyze who they are and how they fit into their families, their communities, and the world. One short story includes a CODA (child of Deaf Adults) who has signed up for a talent competition in the town's music festival. The character opens with the song "Alien" (the title of the short story). The ten-page story includes the teenager's worries about performing and the support from Deaf parents who volunteer at the festival and use sign language to communicate.

***Read my interview with author Nadia Wheatley below*******
SPW: How did you decide to include an adolescent from a deaf family who uses sign language in your story?
NW: I think I'll just tell you how the story came about. The idea for nearly all my fiction comes from place. That is, unlike some authors who start with plot, and others who start with character, I tend to think about a place, and then a story may or may not happen in it.
The place of this story is based on the small town of Apollo Bay, where I used to live. Music is big at the school there, and Apollo Bay hosts an annual music festival. It is a pretty easy-going town, in which alternative lifestylers (and city drop-outs or sea-changers) exist alongside traditional farming and fishing families.
As to how the character came about, I guess I found myself thinking about being a misfit. I always was one when I was young and, at the age of nearly 60, I still feel as if I don't fit into most groups. It rarely bothers me, these days, but it sometimes used to when I was growing up.
Of course, when we move to a new place, many of us ago through an experience of feeling like an outsider, whatever our character or personality is like. This kind of de-stabilisation can be a good thing: it can open the way for new insights and understandings, both of ourselves and of other people.
As a kind of foil or balance to my misfit adolescent character I wanted her or him to have really well-adjusted parents. I wanted these parents to be the kind of people who find it easy to fit in and make new friends, even when moving to a new town. As opposed to the adolescent who is a loner, I wanted the parents to be 'clubbable' people. Well, though I wanted the parents to aggravate their loner-child, I didn't want them to be smug and sickening.
SPW: Do you know any deaf people or have you learned American Sign Language?
NW: I found myself thinking of a couple who lived in another small town where I had once lived. They were the parents of friends of my step-children, and they were both deaf. I didn't know them, though I used to wave at them if I saw them in the park.
SPW: What do you hope that readers will learn or take away from the book?
NW: I don't want to say what I would like readers to take away from the story, because if the story doesn't convey this by itself, it has failed.
SPW: What advice would you give to young people who are reading your books for the first time?
NW: As to general advice: I am sure that reading stories and books is a way for us to enter the experience of people who are different from us — whether that difference is just a different gender; whether it is something like deafness or blindness; whether it is the fact that the character lives in Japan or on Mars; or whether it is just that the character has a different sort of personality. I believe that we cannot get this sort of transformational experience by watching TV or surfing the net or even by talking to people in real life. That is not to say that these activities are not worthwhile. But reading is different.
*************************************************************************
For more information about Nadia Wheatley, click here. To purchase the book,
Posted by Sharon Pajka,Ph.D. at 5:48 PM

Thanks, this interview was very inspiring to me.