Interview with Jean Ferris, author of Of Sound Mind (2001) 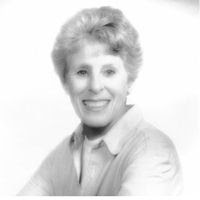 Interview with Jean Ferris, author of the award-winning Of Sound Mind.

Author Jean Ferris lives in San Diego, California with her husband. She has two daughters who grew up and became teachers. As a child, Jean Ferris moved quite often. With each new place she “eavesdropped on other people's conversations in an attempt to find clues to the local ways”, she “looked into the lighted windows of other people's houses at dusk as my father drove down the new streets” and she “kept a diary about what I did and how I felt and what I was thinking”. The eavesdropping, peeping and keeping a journal helped her write stories.

Jean Ferris attended Stanford University and earned a B.A. and M.A. in Speech Pathology and Audiology. She explains that this profession “turned out to be work I didn't enjoy and wasn't well-suited to”. She never even considered publishing one of her stories until later in her life. Now she has several published works including Of Sound Mind, the story of Theo and his entire Deaf family. I often recommend this book and it is certainly one of my favorites. You will find my recent interview with Jean Ferris (JF) below:

SPW: How did you get involved with writing a book about a Deaf family with a hearing son? Have you associated with Deaf people before?

JF: My college degree is in Speech Pathology and Audiology, so when I was in grad school I taught a class of pre-school deaf. Those were in the days when every deaf child was supposed to learn to speak, and even then that seemed wrong to me. I could see how frustrated these little toddlers were at not being able to express themselves. Besides, I loved the look of people signing--it seemed almost like art. Once I became a writer, I thought for years about using ASL in a story, but never could figure out how. Then I read an article in my local newspaper about the genetics of deafness, using a real family as illustration. The grandparents, parents and two out of three children were deaf. Even the dog was deaf! But one son was hearing--and I began to wonder what it would feel like to be in the minority within your own family. Bingo! There was my story.

SPW: When reading this book alone and with several of my students, we all decided that we wanted to “be” Ivy because she was just so COOL! What was your inspiration for her character? Do you believe that teens can be this well-adjusted?

JF: I'm not sure how well-adjusted Ivy is! She certainly has issues about her mother. But we all have issues about something--and some of us manage those issues better than others. I guess Ivy is a pretty good manager--but she's not perfect. Every now and then she has a meltdown. So, sure, I think teens can be well-adjusted. But that doesn't mean that they don't sometimes act irresponsibly or carelessly or irrationally. After all, their frontal lobes aren't finished developing!

SPW: When did you realize that you wanted to be a writer?

JF: I've known since I was a little girl that I wanted to be a writer. I wrote my first book when I was seven. We moved a lot when I was growing up and I was always the "new kid" at school, so I spent some lonely hours. I entertained myself by writing and reading--and reading is the best preparation for being a writer. It helps you learn what makes a good story.

SPW: Was it difficult to publish your books when you first began your career? What struggles did you have?

JF: It took me almost five years to sell my first book. I submitted short story manuscripts, and a couple of other book manuscripts, but nobody wanted them. I could have papered a room with my rejection slips. But I kept writing, kept submitting, and kept learning. I didn't have an agent, but luckily I didn't know how hard it was to sell a book without one, so I just kept submitting. Finally, an editor at the publishing house that still publishes me read my manuscript for Amen, Moses Gardenia (now out of print) and bought it. So my advice to any prospective writers is just keep at it. Sometimes persistence is more important than talent. And if you've got both, eventually you'll succeed.

JF: The only advice I can give first time readers is to have an open mind about all the characters. None of them are perfect, but they all deserve compassion and understanding. Try to put yourself in the place of each character and see how that feels.