Keep checking my blog for more information on this upcoming book by deaf author Marlee Matlin and author/playright Doug Cooney. While you're waiting for this book to be released, check out the Kennedy Center to see Nobody's Perfect adapted into a bilingual musical.

Tickets are not yet on sale. Click 'Kennedy Center' below to reach the ticket information page. Kennedy Center Family Theater Productions: Nobody's Perfect Co-Commission and co-production with VSA arts October 17 - November 3, 2007 Book by Marlee Matlin and Doug Cooney, Adapted for the stage by Doug Cooney, Music by Deborah Wicks.
The main character, Megan, will be performed by a 10 year old Deaf girl, fluent in American Sign Language. This musical is performed in both spoken English and American Sign Language.

Below I've included an interview with author/playwright Doug Cooney. I appreciate all of the time he devouted to this interview considering he has one of the busiest schedules and a young child! He has written screenplays for SONY Pictures and Nickelodeon, television scripts for the Disney Channel and the Discovery Channel, and still finds time to participate in educational outreach programs within the community. Another great irony is that Doug Cooney attended the University of Virginia... If you (the reader of this blog) recall my Lois Hodge interview, I contacted her through her granddaughter, Emily-- one of my peers at the University of Virginia. So WaHooWa and enjoy this interview. 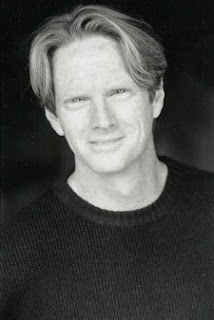 SPW: How did you get involved with writing this book with Marlee Matlin?

DC: David Gale, my editor at Simon & Schuster Books for Young Readers, approached me about working with Marlee, based partly on the success of my earlier books and also because he was aware of my prior work in the disabled community through Very Special Art Florida. In the aftermath of Hurricane Andrew, I wrote a theatre piece with disabled students mainstreamed at three different middle schools throughout Dade County about their experience of that storm. All of our dancers were deaf, and the cast was comprised of kids with learning disabilities, wheelchair-users, autistic kids -- we had between 35 and 55 kids in the performance and it ran the gamut. In performance, it became abundantly clear that these particular kids had coping skills out the wazoo -- which became deeply moving to audiences still devastated by the impact of Hurricane Andrew. The work toured Florida for two years -- received a commendation from the state -- and eventually was brought to the International Very Special Arts Festival in Brussels where they performed at the National Museum of the Netherlands. LONG STORY SHORT, I was well-acquainted with the particularly wry verve and spirit of the disabled community -- and David Gale knew that I'd be enthusiastic (and not intimidated) by the prospects of collaborating with Marlee. Marlee and I met for lunch -- we liked each other immediately -- and we got to work.

SPW: From your email you mentioned working with two deaf children in a school performance of the Wizard of Oz and now the musical version of Nobody’s Perfect. How did you begin working/ meeting deaf people?

DC: Oops. I guess I just answered that question. I should clarify, however, that I didn't actually work with two deaf children in a school performance of the Wizard of Oz. I wrote about two deaf children in the school production of Wizard of Oz in LEADING LADIES, the next installment in Marlee's series of books about Megan Merrill (Marlee's 10 year old counterpart.) Marlee's first experience onstage was as Dorothy in the school production of the Wizard of Oz. In fictionalizing this story from her childhood, I added another deaf kid to the cast and sort of freely invented the production in my head. As a playwright and a lyricist of youth musicals, I have a reputation for tackling ambitious projects -- I'm known for tackling tricky subjects with high entertainment value -- so writing a musical with a deaf lead role is right up my alley.

SPW: Well that is an exciting sneak peek at the upcoming book! When did you realize that you wanted to be a writer?

DC: I tell kids that I stumbled upon an old typewriter in the closet when I was in the third grade and I've been hooked ever since. True story. But I went through college -- majored in English and Religious Studies ( i.e. 20th Century Existentialism) -- went to law school -- worked for an appellate judge and (for several years) a plaintiff's litigation firm -- and worked for Club Med for a year. I'd been writing plays all along -- during college and after -- so in my late 20's, I decided to go for broke and entered a graduate program in theatre at Trinity Rep, a regional theatre in Providence, R.I. Coming out of graduate school, I was doing a lot of solo performance art -- a way of combining my performance skills and my writing. That was when I first received commissions to write plays for young people -- something that I wasn't at all interested in at first -- but then I discovered an aptitude for it -- and I treat it as a huge responsibility. Ten years ago, maybe more, I moved to Los Angeles to write for a larger audience (through the entertainment industry). And here I am.

SPW: Was it difficult to publish your books/plays when you first began your career? What struggles did you have?

DC: Every writer has huge struggles and huge luck. I wrote a play called THE BELOVED DEARLY. My goal was to write about issues that childhood hadn't prepared me for -- and I isolated death and business as two themes. But death and business, right? Fun, fun. So I knew I had to make it a comedy to make it appealing to kids. And I stumbled upon the notion of writing a play about three kids who start a business throwing pet funerals in their neighborhood. It all snowballed from there. The play won an award while it was still in rough draft. It was staged at a small theater in New York City. A listing ran in NEW YORK magazine -- that caught the eye of David Gale at Simon & Schuster Books for Young Readers -- who contacted me to ask if I'd consider writing THE BELOVED DEARLY as a chapter book for middle school kids. Meanwhile, Nickelodeon was pursuing the possibility of developing THE BELOVED DEARLY as a screenplay -- which they did -- but Paramount eventually put it on the shelf. However, Paramount/Nickelodeon and Simon & Schuster were both owned by Viacom -- so there was some hefty interest in the project. It also got developed as a sitcom by Fox Family Channel but that also got shelved. Anyway, the book has done incredibly well -- and it just keep trucking. It is in its 9th printing, I believe -- and this year, THE BELOVED DEARLY was published in translation in Korea, which makes me an international author for kids. All the other opportunities have flowed from that lucky break -- but in the life of a writer, you have to constantly be a self-starter, always coming up with ideas, networking for opportunities, delivering deadlines.

DC: I'm an Irish-American -- and I'm not exactly sure what that means except that I recognize that I like to mix a lot of humor with some serious subjects -- and that trait is not uncommon in Irish literature. I try to gain a reader's confidence by amusing them or making them laugh -- believing that once I've hooked the reader, I can lead him or her toward whatever train of thought I might be following myself. Sometimes dramatic, sometimes sentimental, sometimes nostalgic, sometimes just comedy. It's sort of a weepy thing that Irish-American families will sometimes do, chuckle through our tears.

SPW: Thanks Doug! Can you tell me a little more information about the upcoming musical adaptation of Nobody’s Perfect?

DC: You can probably learn more about NOBODY'S PERFECT, the musical adaptation, at the Kennedy Center website. The opening is tentatively scheduled for October 19, I believe, in the new family theatre facility on the main floor. Debbie Wicks LaPuma is composing the music, I am adapting the book and writing the lyrics. Coy Middlebrook (of BIG RIVER and HIGH SCHOOL MUSICAL) is directing. So it's all rather a big deal. We assembled our cast a month ago -- and cast a gifted young actress [Tammi] out of the Gallaudet program in the lead. I understand that a Gallaudet theatre student will somehow be involved in costuming the show as well.

For more information on Doug Cooney and his work, visit: http://www.dougcooney.com/
Posted by Sharon Pajka,Ph.D. at 6:42 PM